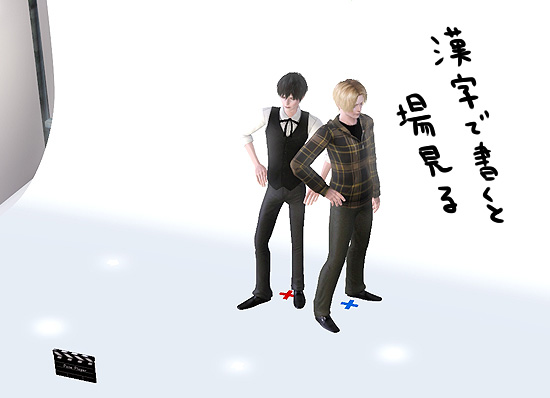 I named it “Hidden lights” but I don’t know whether this name is exact. (?_?) I thought about to make the invisible lights at once. I think it may possible, but if the lights are invisible, can’t control the lights later. It needs objects to control somewhere. Hmmm….
By the way, when I made English page of this mod, I didn’t know “Spike” name in English. In Japan, the Spike is called “Bamiri”. It’s a terminology of stage or TV. So I searched with “stage position tape”. Finally I got English name of Bamiri.

After setting textures. Converted to male hair. I

I have enjoyed screenshots using Jinbei which was

Question: Who is she? lol