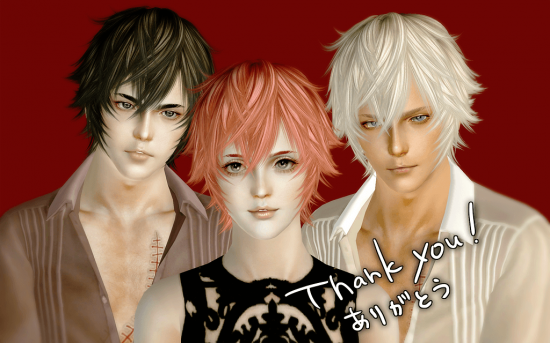 Although I made this pose, didn’t use to Tumblr3000 sample. Then I uploaded this here. lol
I have started Tumblr in March 2013. I’m surprising that such a many people followed my Tumblr. :o But it’s really reassuring for me. :) Because I’m not good at English, so I can’t tell the appreciate  by words enough. So I’d like to tell that by creations. :D

I was going to make female mesh of 3kan4on, but it

This is a birthday card for Little M. :) Also, his

This post is just diary about Katekyo Hitman Rebor