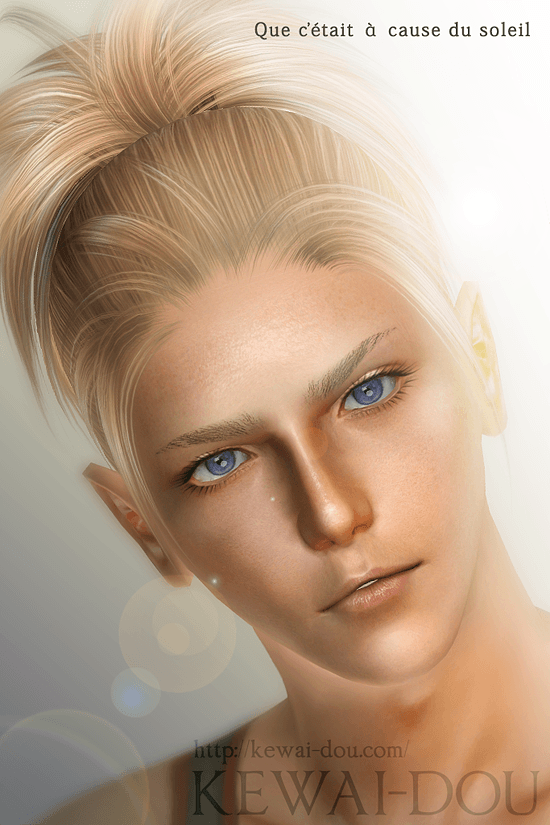 I released another version of Sangrose hairstyle. In my impression, this hairstyle is the man who play at beach under the sun. (^_^)

The words are from “Stranger” by Camus. I have read Stranger when I was fourteen. But at that time, I could not understand it. (*_*)

I want to make a Japanese style house in the Sims3

He is a womanizer. lol